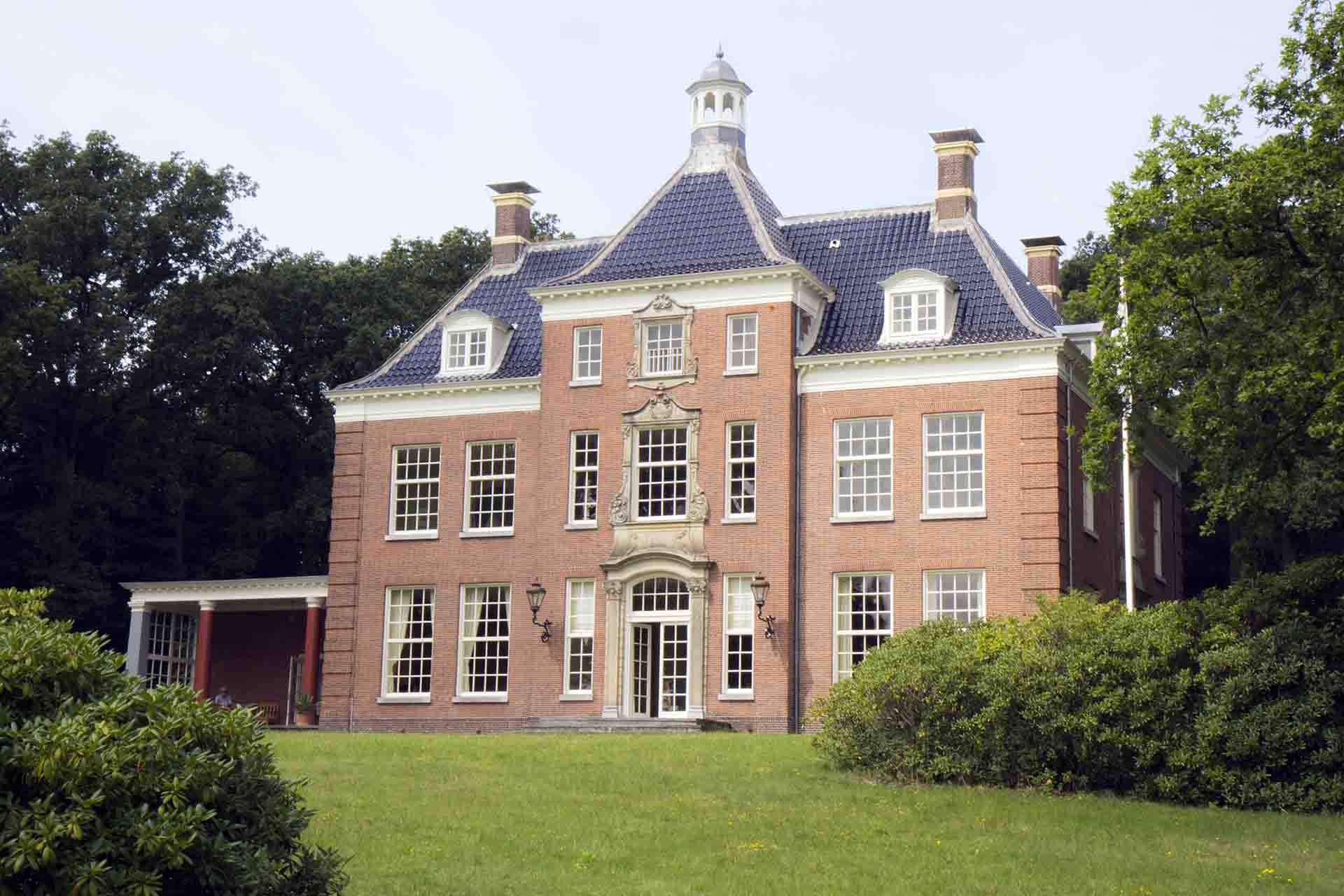 In the golden age, wealthy merchants and administrators set up many country houses. Although set up as summer houses, they were later permanently inhabited. The barren old dunes were transformed into French park landscapes. Later the English style became more popular, so that a beautiful combination of styles can be seen now. There are still exotic trees for such as the wingnut tree and tulip tree. There are also many unusual birds to see such as: cave brothers, the great and spotted woodpecker, nuthatch and tawny owl. Ree, rabbit and fox usually hide during the day.

Starting points: Between the Leidsevaart and the Amsterdam Waterleidingduinen. South of the Waternet pumping station, at the Manpadslaan in Vogelenzang (Use as navigation address Woestduinweg 4 in Vogelenzang).

Directions:
We follow the white posts and walk through the Landgoed Vinkenduin. We will soon arrive at a Vinkenbaan and Huize Vinkenduin. During the bird migration, small birds were caught here for consumption. The Bird Law of 1912 put an end to this. We now pass the Huize Vinkenduin. We continue our journey and now walk through a park-like landscape with lanes and open plains, Oud Woestduin. We pass a viewpoint where you can enjoy the bulbs in the spring. We now follow the white posts to the parking lot.

Walking combination
The walk can be combined with the walk through Leyduin (Yellow posts). We then see the different landscape styles: tight French, varied English and mixed with modern ecological forest management. Many different birds breed: the apple finch, the gray flycatcher, various woodpecker species, thrushes and nuthatches. Several rich families used the estates as a summer residence. The houses can not be visited.